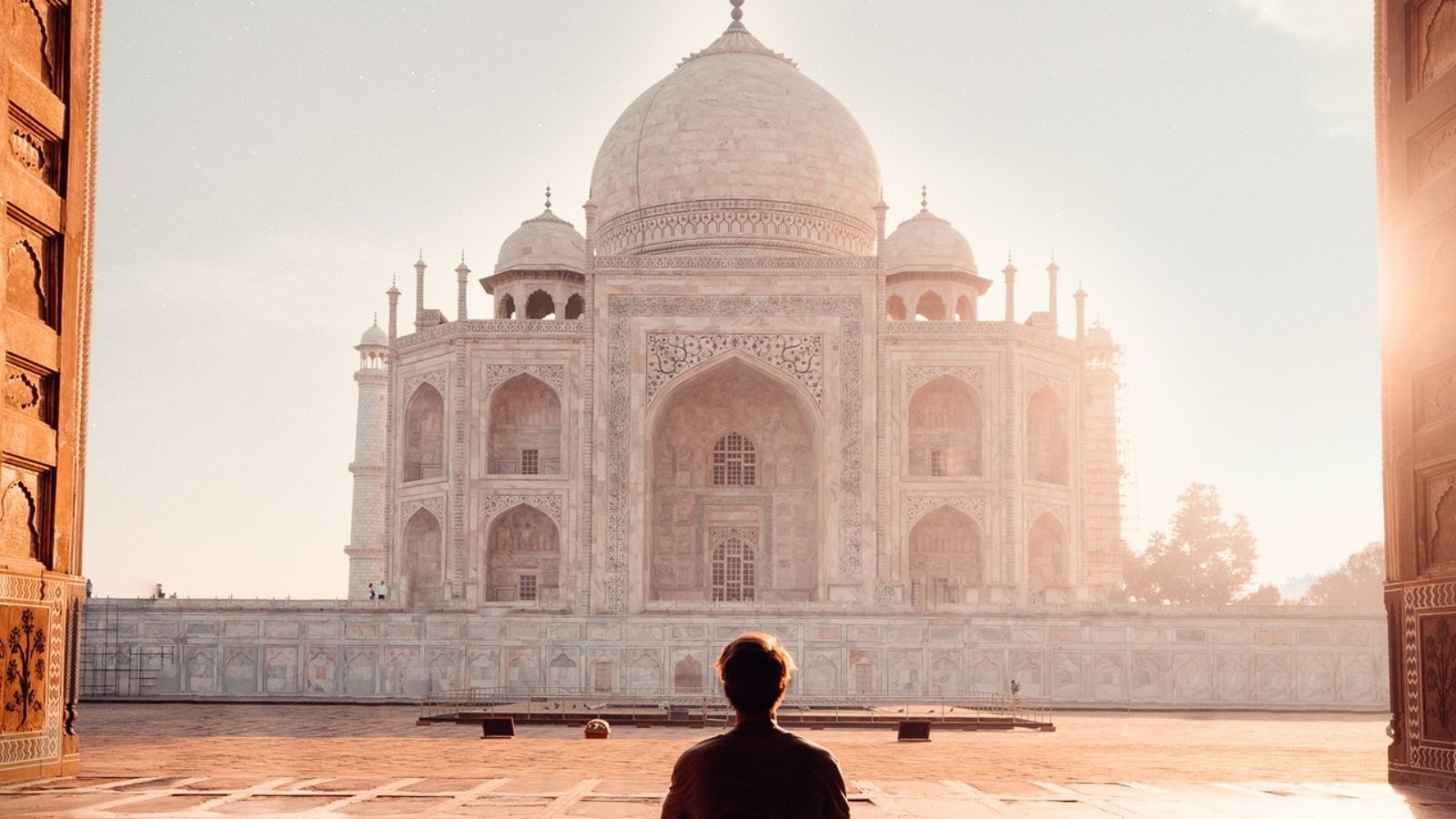 Meditation is not an abstract or remote state unnatural to humans. In fact, it is the most spontaneous and natural state which has been lost during conventional education and affairs of daily life. [1] As a matter of fact, in the unmodified state of mind, one doesn’t need a dedicated meditation practice, all the actions and inactions are spontaneous meditations.

This essence of meditation is expressed beautifully in many Chinese and Japanese Ink Paintings where a water bird such as a heron is depicted standing on one leg and in fact it is generally accepted that the former part of the Chinese pictogram “觀” (Guan or Kuan) [2] describes such a bird and the latter part shows activity of the eye. So, the word could mean “Observation as that of a Tranquil Heron” or simply “Tranquil Observation” which is a well-accepted form of meditation in Daoism.

A heron while looking for a fish doesn’t struggle moving its head left and right; it stands absolutely tranquil, relaxing the eyes, relying solely on peripheral vision and as soon as some movement is noticed in the water, it darts toward the fish like an arrow shot by a skilled archer and before you know it! Task accomplished! This should be the attitude of a meditator because all our senses including the Mind work best when they are relaxed and allowed to work with spontaneity.

Consider this for a moment; do our eyes need to make an effort to capture the light reflected by the objects? Do the ears need to make an effort to clutch the sound waves? Can we taste better by stiffening the tongue? Does the nose make an effort to accumulate the fragrance? Can the texture of a surface be felt better by applying undue pressure with the fingers? No, it happens spontaneously; the light falls spontaneous on the retina, the smell pervades the air and enters through the nostrils spontaneously, the sound waves beat the eardrums in their passivity and tongue doesn’t stiffen to taste better, and the texture of a surface is felt best by the modest touch of fingertips and not by exerting undue pressure. Similarly, the Mind is a much greater instrument in its passivity than in its activity and this is an age-old truth that has stood the test of time. [3]

However, if one is asked to look carefully at something as a screen or an object, one habitually tenses the eyes, hunches the back, tends to hold the breath, stiffens the body and gets tensed both physically and mentally. But this has nothing to do with careful observation, it doesn’t improve one’s ability to observe carefully even by an iota, it rather worsens once ability to observe carefully and also hurts one’s health in a long run. “Why does this happen?” should be our next question.

The cause for this phenomenon is twofold which includes the physical and mental conditioning of modern man. The former has to do with schooling, children inherently tend to be restless and playful, to move their head here and there accompanied by occasional movement of hands and feet, twisting of spine etc. during a lecture. Though, this doesn’t mean they have poor attention or disinterestedness and it is a clinically proven fact that children around five have a far better memory than most adults. Nevertheless, a conventional teacher associates this with attention deficit and screams “Sit still! Pay attention!”. Eventually the child just to show that he is being attentive hunches the back, puts the elbows on the desk and resting the chin on the palms stares at the blackboard. And one starts associating this uncomfortable and hazardous position with being attentive through out one’s life.

The latter has to do much with our mental cultivation, we tend to observe and simultaneously derive abstractions out of the observation. This results into a physical and mental strain or tension because the reality is much more complex and synonymous to a complex curve or a circle where as thoughts, theories and abstractions are limited say linear in comparison. What we observe we observe it as a whole however when we have to theorise it we fragment the observation [4] into a numerous systems and subsystems and however helpful this habit might be, if one tents to think always in terms of abstractions then one starts mistaking the abstraction for the reality. And on account of these two habits, we tend to give a tremendous amount of importance to self-effort; and everyone from parents and teachers to popular culture all scream out loud “If you’re to succeed “Work Hard””. And then this catalyses if not create all the modern psycho-physical ailments including anxiety, depression, substance abuse, migraines, headaches etc.

Phrasing it simply we can say that the nature is much mightier and grander when compared to the strength of man and nature seeks balance through its process of homeostasis by which most things fall in their place on their own. However, sometimes a violent striving and an over-exaggeration of effort deceives us to believe we have power over nature whereas we might be actually climbing the mountain which could have been avoided by travelling around it. Fundamentally all we can do is to align ourselves with the natural course of things than fighting them. Right action equipped with the right knowledge at the right time does more profound impact than a wild and lame attempt of violence. Violent attempt to turn the key and force a lock to open would lame either the lock or the key but a skilful jittering of key in wise hands can open the lock almost instantaneously.

Sometimes we need to initiate an immediate action and hence the proverb “A stitch in time saves nine.”. While most things require letting go of the urgency and violent exertion of will and effort i.e. to ease (and when one is not at ease, one’s at dis-ease). Let’s take the analogy of forging a blade, you need just the right quality of steel at just the right temperature hammered with just the right amount of force. Anything more or less the blade would be either too brittle or too ductile, either of which would cost you a life. Or let’s take a more light-hearted example: you can sow the seeds, take all necessary care and precautions but ultimately one has to wait for the plant to grow, one should not try to make the plant grown faster by pulling it off the ground. [5]

We often say try to fall asleep which is like trying to pull a plant of the earth in order to make it grow faster. But only if one were to let go of the effort, one’s relaxed and if tired, one spontaneously falls asleep. [6] Similarly, if one were to reverse these two protocols, one might spontaneously be in a state of profound meditation. And all methods of meditation aid in reversing these flawed protocols by gradually peeling off the layers of conventional conditioning one by one.

To summarise the whole topic it would not be inappropriate to say that “Meditation is not the mind’s inept attempt to grasp and possess the Reality, it is rather an attempt of the mental consciousness to reject the movements and tendencies stimulated by the lower nature and its own habit of clinging to the objects of sense delight and perception of world in terms of thought and concepts in order to regain the rejoice of being possessed and uplifted by the Reality which is none other than one’s own Supreme Self.”

Let’s end this session with few lines from the epic Savitri by Sri Aurobindo. These lines are from Canto 4: The Secret Knowledge and brilliantly capture the true essence of Meditation in a very few words. The lines are as follows:

“In moments when the inner lamps are lit

And the life’s cherished guests are left outside,

“A wider consciousness opens then its doors;

A ray of the timeless Glory stoops awhile

To commune with our seized illumined clay

[1] The children are forced to exteriorise their mind at a very young age, now a days we enforce schooling on children at the age of 2-3 (especially in Asia) which is like forcing a flower to bloom by opening its petals by pulling with pliers. Along with this there is over emphasis on Marks (Grades) instead of cultivation of a profound inner personality, morals and cultural values. No doubt these kids suffer from attention deficit, anxiety, depression, a poor self image, intolerance etc. throughout their lives. [2] Development of Guan from Buddhist Shamata-Vipassana: It is believed that Tang Dynasty (618–907) Daoist masters developed guan “observation” meditation from Tiantai Buddhist zhiguan 止觀 “poise and insight” meditation, corresponding to sanskrit śamatha-vipaśyanā. These are two basic types of Buddhist meditations Samatha “calm abiding; stabilizing meditation to attain a absolute poise of consciousness” and vipassanā “clear observation; insight”. This way of meditation incorporates the best of  Hindu, Buddhist and Daoist practices and is very similar if not same as Japanese Zen. [3] “There is nothing mind can do that cannot be better done in the mind’s immobility and thought-free stillness. When mind is still, then truth gets her chance to be heard in the purity of the silence.” – Sri Aurobindo [4] Which is like trying to replace a circle by infinite line segments arranged as a circle and as one can speculate this is a tremendous yet futile effort. “A person who thinks all the time has nothing to think about except thoughts. So he loses touch with Reality, and lives in a world of illusion.” – Alan Watts [5] “Thou hast a right to action, but only to action, never to its fruits; let not the fruits of thy works be thy motive, neither let there be in thee any attachment to inactivity. Fixed in Yoga do thy actions, having abandoned attachment, having become equal in failure and success; for it is equality that is meant by Yoga.” – Bhagavad Gita 2.46-2.47 [6] the same applies to “try to remember’ or “try to pee” etc.