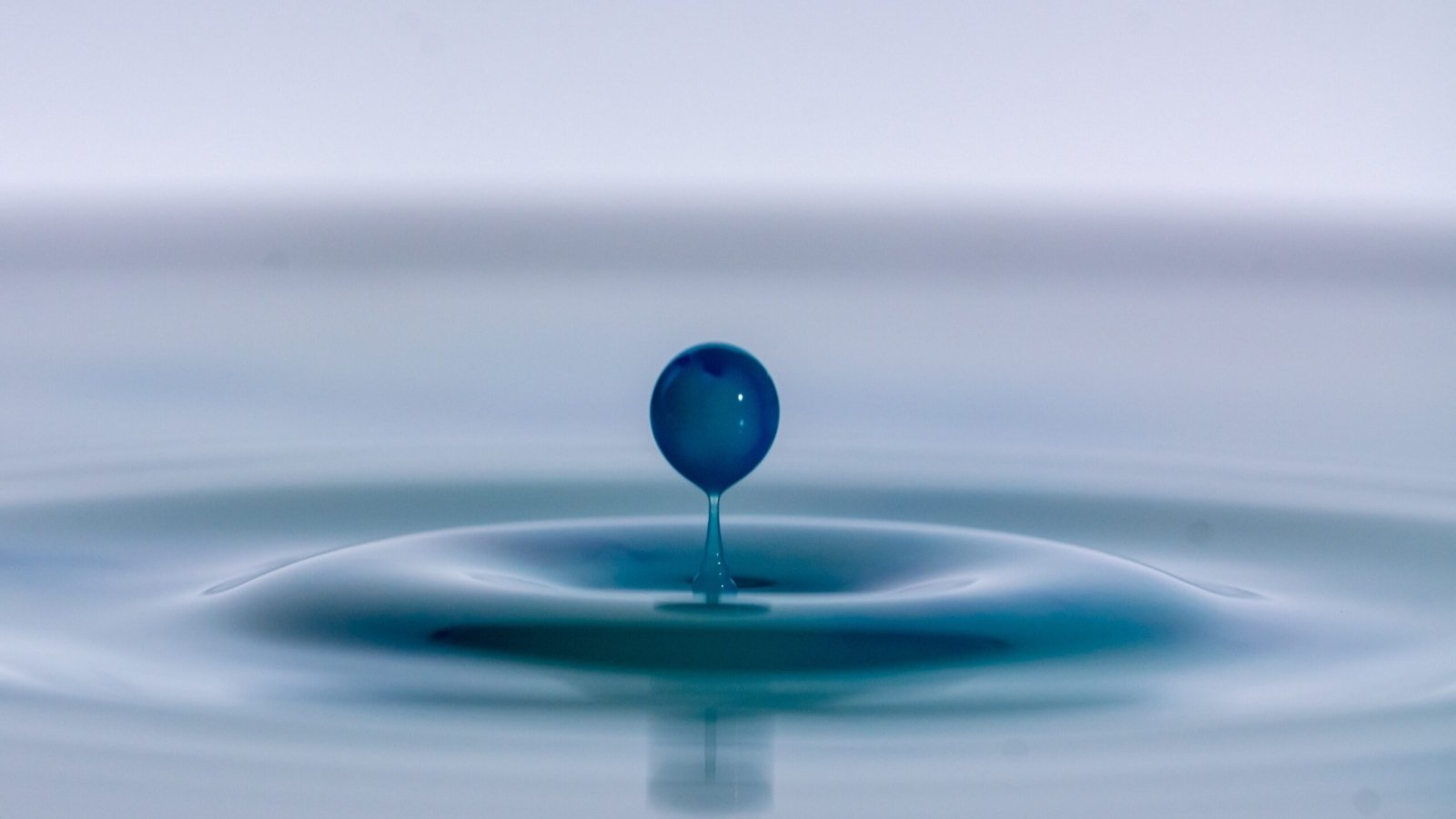 by krupalvithlani
with 3 comments
Meditation

The word ‘Meditation’ is one of the most misused rather abused words of the English vocabulary. It is so mistreated that we no longer know what it precisely means. For instance, it could mean mere musing or pondering on a subject even worse it could be understood as something that is best phrased as building castles in the air.

It could be easily misunderstood for any number of such states and its true meaning is rather lost, which to me is quite amusing; as the word reflects no definitive meaning it relieves one from the whole habit of reducing the experience of Fundamental Reality in terms of fragmented ideas, thoughts and concepts rather than perceiving it as a whole.

But it always imposes a legit threat of a self-deceiving experience of meditation, where one might think he/she is meditating and keeps on waiting for a spiritual experience for years and be disappointed as one might be merely absorbed in thoughts or sleep or any number of experiences derived from all possible adaptations of the word ‘Meditation’, which is more likely to happen in absence of qualified teachers and especially when accompanied by books written by pretentious writers and teachers which are quite ample in both the West and the East. [1]

So, what could be done? Before offering a solution let’s dig into the problem, as the solution to any problem always lies in the problem itself, in reality there’s no difference between both they are one single process. However, the former appears into the scene prior to the latter yet both are inseparably involved into one another since the very beginning. The problem lies not in word ‘Meditation’ and how it is interpreted, in fact the problem has nothing to do with the word ‘Meditation’. Meditation is just an alternative used to translate the Sanskrit word ‘Dhyana’.

But what else can you use? You can use ‘Contemplation’ but its meaning is equally polluted then you can used ‘Absorption’ but it indicates rather a hypnotic state. And we shall find the same problem repeating itself, so better leave it untranslated and incorporate it into the dictionary like its Japanese equivalent ‘Zen’.

Philologically, Sanskrit ‘Dhyana’ or as in Pali, ‘Jhana’ is the original form of the Chinese ‘Ch’an’ and the Japanese ‘Zen’. Simply incorporate ‘Dhyana’ as a new word and then start teaching the methods and this eliminates the problem and releases one from the effort of getting rid of all the possible meanings of word ‘Meditation’ and once the student starts to experience, he/she doesn’t need a verbal definition.

He shall associate ‘Dhyana’ with not an idea or a concept but to rather an experience. Yet for this to happen a student needs an incessant loop of feedback with an experienced teacher if not personally then by exchanging letters or telephonic conversation. This exchange is crucial to determine whether the experience he/she associates with the word ‘Dhyana’ is truly that or not. [2]

Even if one doesn’t have an access to an experienced Yogi this approach provides the benefit of getting rid of all the possible meanings associated with the word ‘Meditation’. After getting rid of all the conventional meanings of the word ‘Meditation’ it can be used synonymously with ‘Dhyana’. Although, this doesn’t appear as one to an amateur but is in itself a great aid.

Because to say “Don’t go left” is almost equally beneficial guidance as to say ‘Go Right’ or ‘Go Straight’ if one interprets it in the correct manner. This solves the first problem yet the second problem persists viz. how do you know if you are meditating or not in an absence of an embodied teacher.

This is a classical paradox, if a person shall meet you on the footpath/sidewalk and reveal to you “I’m God”. What shall you do? What if you insult him and he truly is? But what if you surrender to him only to realise he’s a thug in the end?

The problem is solved if you have an intermediary you trust such as an experienced teacher but that’s the only thing more improbable than finding a most precious jewel in a garbage bag. So, don’t bother about it, once you are ready the teacher shall find you!

So back to the topic, you do need to describe Dhyana or Meditation but this imposes two problems:

Firstly, it is impossible to describe it. How do you think the word got so obscure? Because those who experience it don’t describe it as they know this could not be done and those who try to grasp it with conventional intelligence keep on arguing about it. So true sense of the word, if it supposedly existed has been lost in the noise.

Secondly, if you do describe Dhyana or Meditation in some way however explicitly one will understand it in words and ideas but then clinging to this mental image of Dhyana will bind one from experiencing it.

So, if you do that then the meditation becomes a struggle because an individual is constantly fighting the spontaneous process of thinking and eventually ends up thinking about not thinking. This is because the student has no object of knowledge, without which he knows not what meditation is. So, how do you describe something and simultaneously not describe it?

There are two possible alternatives to solve this problem: The first one is to provide most elaborate description about what it is not and none what so ever about what it is; and with time through experience the student shall grasp exactly what you meant, this is like revealing an intricate sculpture out of a stone or a block of wood by finely chiseling and scraping away all the material that is unneeded.

The second one is to provide the most unintelligible suggestion almost so parabolic and metaphorical in the sense that the Symbol could never be mistaken for the Truth. Actually, one needs a combination of both, at times the former aspect shall prove to be more beneficial and at other times the latter one.

This is exactly what we are going to do! We shall describe what couldn’t possibly be described yet in the end this shall leave no residual image on your mind other than a vague idea which at once be so helpful that it will become your guide and mentor; and at the same time so abstract that it could never be mistaken for the experience itself.

So instead of giving any authoritative statements which are anyhow incomplete and false, we shall go through rather a vague experience that shall be thought-provoking and will open your mind to the problem-solving methods of the subjective science of meditation.

But I warn you, if you try to grasp it through your intelligence which is like trying to hold water into a clenched fist you shall lose it all, but if you simply cup your hand you shall retain the water i.e. to say let your mind absorb it without trying to think of it in terms of ideas and concepts yet try not to stop it from thinking of it terms of ideas and concepts.

Allow whatever spontaneously and effortlessly occurs without interfering with it and you shall retain it and benefit immensely from it, which is a less dramatic way of saying let the Divine-Will take care of it all.

Let me know your thoughts on the above in the comments and if you enjoyed reading this post don’t forget to share it with your loved ones. After all, sharing is caring. Peace ✌🕊

[1] “This Self is not won by exegesis, nor by brain-power, nor by much learning of Scripture. Only by him whom It chooses can it be won; to him this Self unveils its own body. This Self cannot be won by any who is without strength, nor with error in the seeking, nor by an askesis without the true mark: but when a man of knowledge strives by these means his Self enters into Brahman, his abiding place.” – Mundaka Upanishad 3.2.3-4 This means that only the one with right knowledge, right methods, one restraining the senses, by the right amount of striving and steadfast desire for knowing the Self attains the Self Realisation and not the one trying for eons but performing wrong practices. [2] In Yoga Vasishta (II.1) there is this whole incident where Shuka, son of Vyasa as a child obtains the highest truth but is uncertain of it. His father, sage Vyasa, sends him to the royal sage King Janaka to validate his experience. Yoga like any science demands knowledge to be validated by the means of repeatability and reproducibility.